Presentation: The AB1 ferryboat , acquired by AMERAMI in 1992, was sold to our friend André O’NEILL in 2007, who is ensuring its patient restoration and coping with the charge.

AMERAMI is an association working for nearly 40 years towards the safeguard of maritime and watercourse heritage. It includes all manners of saving Heritage, and this boat is an example.

A convention allows us to still get involved and our friend O’NEILL, obviously passionate about what he does, founding member of our association and active member on our Committee, has decided to enrol his project in our aim to increase the appreciation of our local heritage.

Restoring and putting the COMMANDANT JEAN O’NEILL-AB1 back in use is the first initiative to be enrolled within the framework of our objectives.

Career and history of the COMMANDANT JEAN O’NEILL-AB1

The ferry is destined at the moment for friendly, non-commercial sailing, in its original environment of the Côte d’Emeraude (Emerald Coast) and the river Rance.

She will continue, under the clear and constructive terms agreed, to conserve close ties with the AMERAMI. 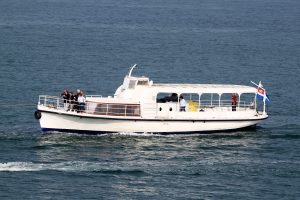 Works’ progress: The boat’s situation in 2005 had allowed to say that she was saved. The main structure, hull and rubbing strake were nearly all replaced, the bridge no longer got sprayed thanks to fitting fairly ugly but watertight large bay windows.

Unfortunately the transfer of the Technimar company to a buyer who was not a ship-building professional has led to a lack of the boat’s upkeep despite the injection of money by AMERAMI.

Moreover, under this buyer, the company went out of business in 2006, absorbing moneys paid as down payments on large jobs whilst doing no work in return. 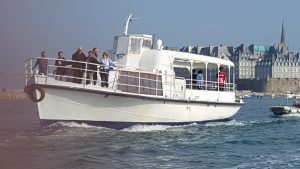 Articles in the press:

20th September: Voyage by sea of the boat AB1, the Commandant O’Neill, from the Pôle Naval Jacques Cartier in Saint-Malo to the shipyard at La Passagère, its mooring on the Rance, with the help of La Landriais shipyard. It was a successful transfer, helped a lot by exceptional weather conditions. Now its a case of entering the final phase of fitting the boat out, entrusted to the Chantier de la Passagère shipyard, in order to render her fit to put to sea by June 2018. 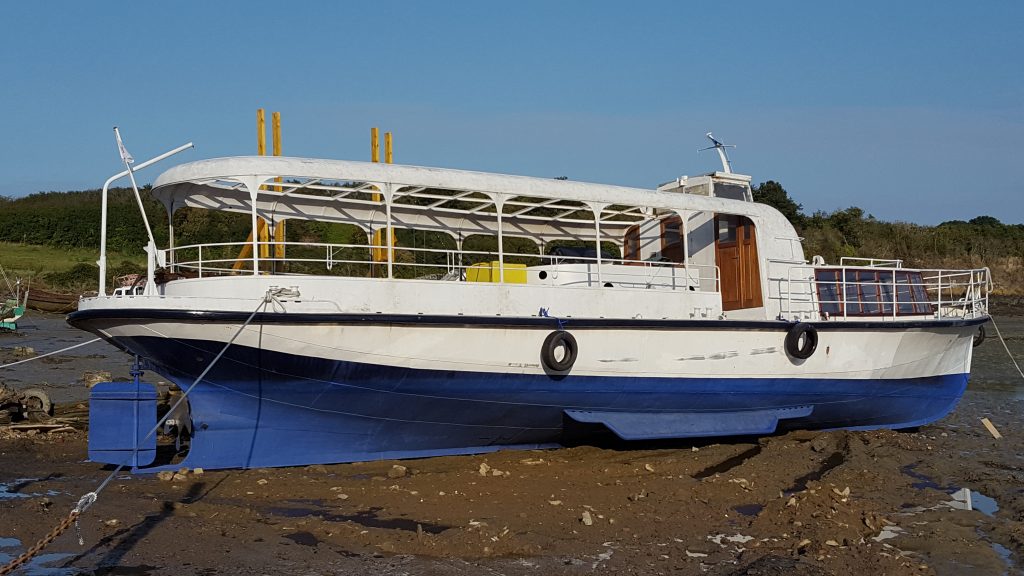